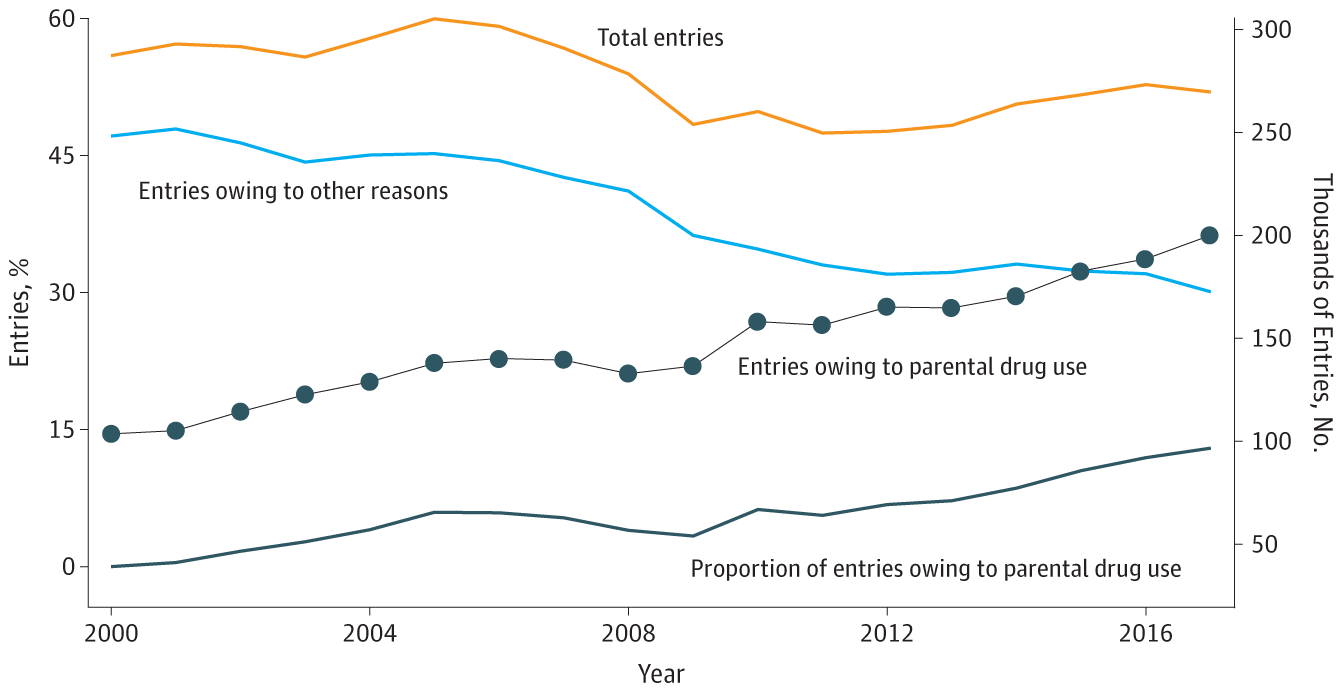 The influx comes at a time when the foster care system is scrambling to adjust to major federal changes.

Since 2000, the number of children placed in foster care because of parental drug use has more than doubled, according to a study published in JAMA Pediatrics this month.

“I sort of already knew that there had been some increases in the foster care system, but I didn’t know to what extent. When I actually generated a graph, most of the increases were because of substance abuse,” says Angelica Meinhofer, one of the study’s researchers and a health-care policy instructor at Weill Cornell Medicine.

Using data from the Adoption and Foster Care Analysis and Reporting System, researchers found that child removals due to parental drug use rose 147 percent over the last two decades — from 39,130 in 2000 to 96,672 in 2017. Parental substance abuse now accounts for about a quarter of foster care entries across the country.

The results don’t surprise people working in the system.

“In Sarasota and the sun coast area, we’ve seen a 200 percent increase of kids coming into foster care over the past three or four years [because of substance abuse],” says Kurt Kelly, CEO of the Florida Coalition for Children. “In that area over a weekend, we could have two or three deaths. So if it’s a single mother with three or four kids, we have to take them all in.”

In Ohio, Mark Mecum, CEO of Ohio Children’s Alliance, says that the opioid epidemic has taken an “overwhelming toll” on the child protective system. Parental substance abuse in general, he says, is “the primary cause of children entering foster care,” he says.

Opioids aren’t the only drug to blame. About a decade ago, meth use was driving the rise in removals in Florida, says Kelly. 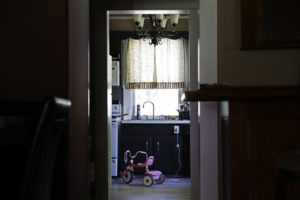 These troubling trends are playing out at a time when the foster care system is in the middle of a major overhaul. The Family First Prevention Services Act, which was signed by President Trump last year, will restructure the system to focus more on preventing family separations and reducing the dependence on group homes. The new law requires foster care entities to provide mental health care, in-home parenting programs and substance abuse treatment to parents at risk of losing their children.

Critics of the law argue that while its intentions are good, the outcomes might initially do more harm than good. With many foster care agencies already struggling to handle the number of kids, dramatically revamping the system to focus on keeping kids with families ignores the maxed-out realities and the lack of resources available to switch to a new framework.

“I do think Family First is trying to get us to be more interventions-focused by going into homes and having programs that can address these things before there are [overdose] deaths. But you have a functional policy that hasn’t even been clearly articulated,” says Kelly. “We’re going to be on shaky ground for the next three to four years.”

The federal government has been slow to communicate details about how the changes will play out. The law is set to go into effect in October, but the feds just released the first round of eligible programs for new federal funding in April. In part because of the delay in information, the vast majority of states are deferring implementation for two years.

Time will tell how Family First impacts the number of children placed in foster care because of drug use. In the meantime, Meinhofer hopes her study serves as a launching pad for more research on the issue.

“Where are these kids going? Do we have foster parents to absorb them?” Meinhofer asks. “Answers to those questions are what researchers and policymakers need to understand now.”

This appears in the Human Services newsletter. Subscribe for free.