Stronger Together: The Intersection of Medicine and Peer Recovery – Arkansas Takeback Skip to content

Stronger Together: The Intersection of Medicine and Peer Recovery 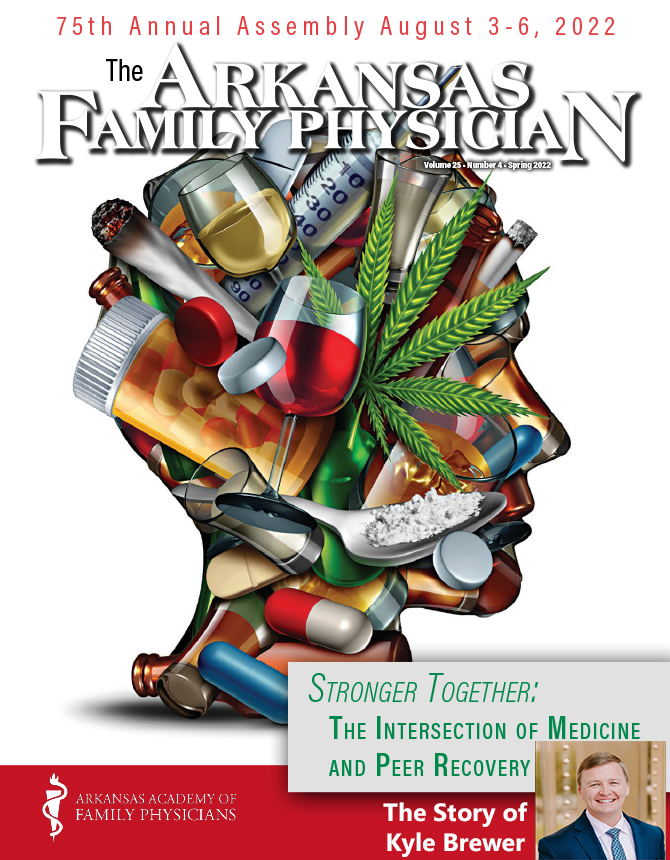 If you would’ve asked me five years ago what I would be doing today, I guarantee you the answer would not have been anything remotely close to writing this article and being employed by both the University of Arkansas for Medical Sciences (UAMS) and NAADAC, the Association for Addiction Professionals. In February of 2017 I returned to using heroin and prescription opioids after a brief period of abstinence. This period of abstinence was a result of my second attempt at residential treatment for a substance use disorder (SUD). My first attempt and exposure to treatment was at the age of 17. Alcoholism and drug addiction are a common denominator in my family. Watching family members drink, use drugs, fight, or get arrested was a normal part of life. I was desensitized to substance abuse and the lifestyle that came along with it. The abnormal was normal. At the age of 13, following the death of my grandmother, I slowly began my own personal journey down the road of substance use. What began as occasionally drinking alcohol quickly progressed to abusing over the counter cough medicines, like Robitussin, to eventually smoke Marijuana daily. This soon led to multiple arrests and a bad reputation. However, I maintained my attendance in school and continued making decent grades. By the time I graduated from Benton High School in 2008 I had been arrested multiple times, completed a residential SUD treatment program, and experimented with just about every drug I could get my hands on.

I was accepted to the University of Central Arkansas (UCA) and enrolled to begin my freshman year in Fall 2008. I fell in love with the college life and quickly found my place on campus. Throughout my time at UCA I excelled academically and socially. I made 3.5 and 4.0 GPAs. I was elected to President and Vice-President positions in my fraternity and other campus organizations. On the surface it appeared that I was doing everything I should be doing and doing it at a very high level. Underneath the surface there was a darker narrative unfolding. During my freshman year, I had my wisdom teeth removed. As is commonplace, I received a prescription of opioids after the procedure.

Early on, I began taking the Oxycodone as prescribed to dull the pain from the surgery. This quickly escalated to calling-in refills and within two months, I developed a tolerance for the drug needing more and more of the medication to achieve the desired effect. By the time I was out of refills, I was trapped in the vicious cycle of opioid addiction. I had no idea at the time but that one Oxycodone prescription would eventually lead me to homelessness and a life controlled by a needle full of heroin and/or prescription opioids. When I began my senior year of college, I was spending $100 or more a day on prescription opioids. It was no longer about the euphoria, rush of energy or overall high. It was simply about not being sick. I needed the medication to avoid the withdrawal symptoms and maintain the image that I was doing good. I limped through my senior year and graduated from UCA in 2013. The irony of it all is that I graduated with a Bachelor of Science in Addiction Studies. I thought I was fooling the world but in reality, I was only fooling myself.

I would end up spending the next four years living with a timer in my head. The timer told me when I needed to use to keep the withdrawal symptoms away. I would do things I never thought I would do. Go places I never thought I would go. And hang out with people I never thought I would be around. I graduated from taking opioids orally to snorting them to eventually intravenously using heroin. It destroyed every aspect of my life. My relationships with friends and family were broken and strained. I was arrested multiple times for a variety of reasons such as driving while intoxicated and theft of property. I totaled two vehicles and burned every bridge to the point that I would eventually become homeless. This brings me
back to 2017.

Read the rest of the story here: http://artakeback.org/wp-content/uploads/2022/03/Kyle-Brewer-Stronger-Together.pdf