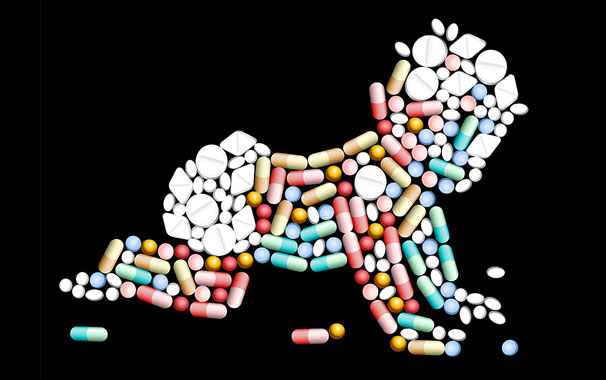 The rate of babies born with opioid dependency is soaring across the U.S., including a historic 15-fold rise in Arkansas. In a united force to raze the rates, multiple states sent representatives recently to a “Policy Academy” in Texas.

Termed Neonatal Abstinence Syndrome (NAS), babies exposed to opioids while in the mother’s womb, have a very high risk of enduring opioid withdraw symptoms and may have long-term health problems. Dr. Whit Hall, a neonatologist at the University of Arkansas for Medical Sciences, told KTHV 11 that NAS babies have to stay longer in the hospital, which often means more exposure to opioids.

Dr. Hall said that “Some of these babies, quite frankly, are going to come in dead,” but of those that survive “There’s no question that exposure to these drugs can affect the long term neurodevelopmental outcome of these infants.” [KTHV 11]

“These alarming statistics are disheartening, but we are vigorously researching, discussing and sharing ideas, programs, and plans to combat this issue,” said Arkansas Drug Director Kirk Lane.

Lane and other state representatives were invited to the PRISM Policy Academy by the Association of State & Territorial Health Officials (ASTHO) and the Association of Maternal & Child Health Programs (AMCHP) to join the PRISM Learning Community. According to Michael Fraser and Jonathan Webb, chief executive officers of ASTHO and AMCHP, respectively, the PRISM Learning Community, “will leverage national, state, and local-level expertise to support teams in developing and implementing policy initiatives that address substance misuse and addiction and mental health disorders in women, children, and families.”

“I’m excited to be a part of this PRISM program to reduce the rise of Neonatal Abstinence Syndrome in Arkansas and beyond,” Lane said. “The PRISM Academy and PRISM Learning Community will strengthen policies and other plans to dramatically reduce NAS and strengthen the health of our communities. It’s all about saving and protecting lives when you get to the heart of it.”