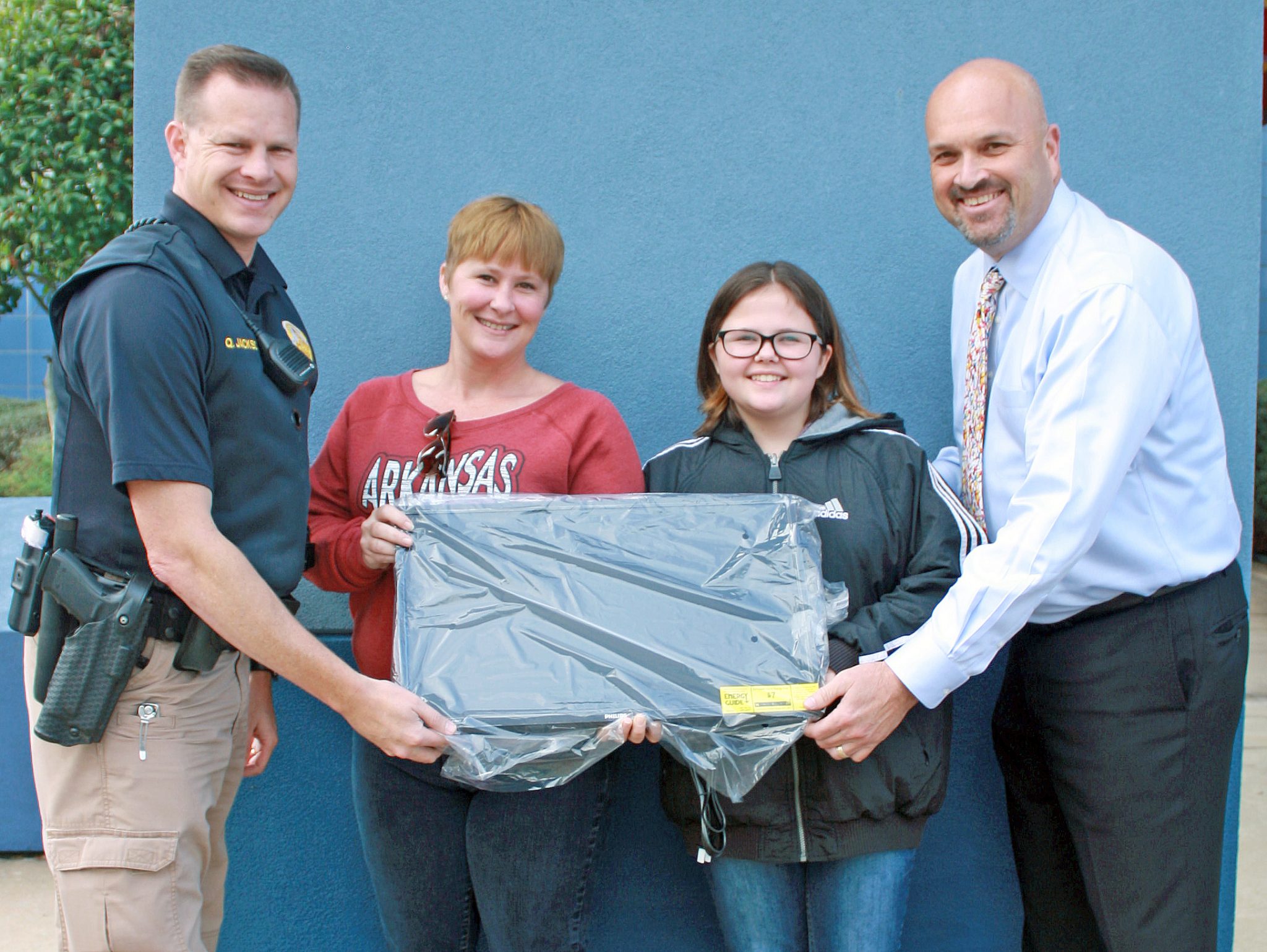 (pictured) Adrianne Schimmelpfennig & daughter Andrea are the winners of an HDTV donated by the Benton Police Dept. The TV was a contest prize at the ArTakeBack booth at the State Fair.  (From left, Benton PD Sgt. Quinton Jackson, Adrianne & Andrea Schimmelpfennig, & Arkansas Drug Director Kirk Lane.

A Benton resident is the proud owner of a new flat-screen HDTV thanks to ArTakeBack and the Benton Police Department.

When Adrianne Schimmelpfennig of Benton approached the Arkansas Drug Take Back booth at the Arkansas State Fair in early October, she noticed a large see-through plastic container full of bright-colored Skittles candy. The person who came the closest to guessing the exact amount would win a brand new HDTV donated to the booth by the Benton Police Department.

“I’m usually pretty good at those type of things – guessing the count of something,” she said. ‘But they (family) was laughing because I was counting the bag in sections.”

Now Schimmelpfennig is the last one laughing after getting close to the exact amount. She guessed 5,800. The total was 5,872.

“I’m happy that we could draw attention to our booth in hopes that not only would people have fun with the guessing game, but that they left with some information about ArTakeBack.org and the messages we are promoting,” Arkansas Drug Director Kirk Lane said.

If you didn’t visit our ArTakeBack booth this year, we’ll be back in 2019. Thank you to the Benton Police Department for the HDTV donation and for always supporting our cause.