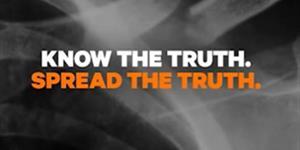 Friday, June 08, 2018< The "Taking Action to Stop Youth Opioid Abuse" campaign has been launched through a partnership between the Executive Office of the President, the Ad Council and the Truth Initiative. The first campaign is a multi-channel campaign from the White House Office of National Drug Control Policy (ONDCP), the Ad Council and Truth Initiative that focuses on preventing and reducing the misuse of opioids among youth and young adults. The first four ads, which are based on real life, tell the graphic stories of four young adults going to extreme lengths to maintain their prescription opioid addiction. These ads show young adults how quickly opioid addiction can occur, and the extreme lengths to which some go to continue use of drugs while in the grips of addiction. This will be the first of many ad campaigns from this Administration targeted to different audiences and varying aspects of the opioid crisis.

“In 2016, this crisis took the lives of 116 of our fellow Americans every day,” said Huckabee Sanders. “This means opioid overdoses were responsible for killing more Americans than vehicle crashes, gun violence, or breast cancer. More than two-thirds of people in treatment for prescription opioids reported first using them before they were 25 years old. As we have said from the beginning, tackling this crisis will take a whole-of-government approach, and the Trump Administration remains committed to working with Congress, State, local, and tribal officials, and other important stakeholders to end this crisis once and for all.”

Huckabee Sanders said this campaign is another critical step in the Trump Administration’s effort to combat drug demand and the opioid crisis.

“The President’s Initiative to Stop Opioid Abuse, which he announced on March 19, 2018, will help to reduce drug demand and save lives through education and awareness and by preventing over-prescribing, cutting off the flow of illicit drugs across our borders and into our communities, and expanding access to evidence-based treatment.”

To view the ads and learn more about the campaign to combat the opioid epidemic, visit opioids.thetruth.com.