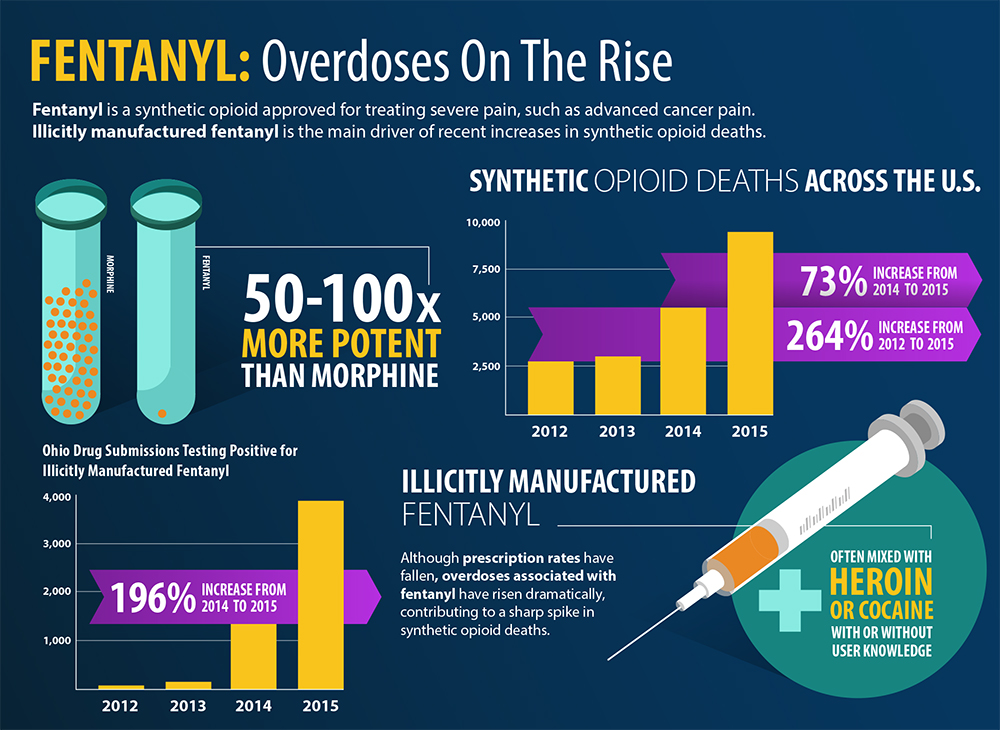 Law enforcement officials in Sebastian and Crawford counties have received reports of the deadly synthetic opioid fentanyl in the area.

Fentanyl, which is up to 50 times more powerful than heroin, is one of a handful of synthetic opioids other than methadone involved in nearly 30,000 overdose deaths in 2017, according to the National Institute on Drug Abuse. Though there have been no confirmed seizures in the two counties, officials have received about five reports of the drug being sold in the region, said Paul Smith, director of the 12th and 21st District Drug Task Force.

“When push comes to shove in us trying to actually get a search warrant and seize that or use our undercover techniques to purchase it, it hasn’t come to fruition,” Smith said.

Fentanyl in the United States was first commonly used as a potent painkiller for end-of-life patients, Smith said. When this was the most common form of the drug in the U.S., Smith said, people who wanted to abuse it would break open the medical patches it came in.

But authorities have not tracked fentanyl in this capacity lately.

“All of our fentanyl that we are getting information on currently, we are not tracking to local sources. In other words, it’s not coming through the pharmaceutical. It’s coming to source cities from China, because China is the big push for this,” Smith said.

The illicit fentanyl from China is often first given to cartels in Mexico and then funneled into the United States, Smith said. But he said fentanyl that is ordered by U.S. citizens through avenues like the dark web comes directly from China through customs.

Smith said officials have received reports of people in the area trying to order fentanyl through the dark web. He also said fentanyl, like methamphetamine and heroin, has been reported to be trafficked into the area from source cities like Dallas and Oklahoma City.

″(Cartels) get their little bit of money, and they can bring it into the United States by the tractor-trailer load,” Smith said.

Smith said some of the fentanyl reports area officials have heard have involved pills that are manufactured on a street level with Rx labels that resemble opioid painkillers. He said Drug Task Force members have sent pills to the Arkansas crime lab to see if they contain fentanyl.

Because of the prevalence of illicit opioid painkillers, such pills are cause for concern, Smith said.

“Now, if you’re buying pills off the street, you need to be very cautious of what’s in them, because as we’ve seen through the United States recently, we do have deaths occurring from people thinking that they’re ingesting a certain type of substance, and it’s laced with something completely different,” he said. “With pills, historically, if you were addicted and used Xanax, oxycodone, whatever the case may be, you knew when you bought that pill, you were getting that. Now we’re telling people they need to be cautious of their sources.”

Because of the fentanyl reports, Smith urges anyone who has a more potent reaction to an otherwise familiar opioid substance to tell authorities.

“We want to get those illicit pill distributors off the street, because they are going to endanger and kill somebody, especially if it’s fentanyl,” he said.