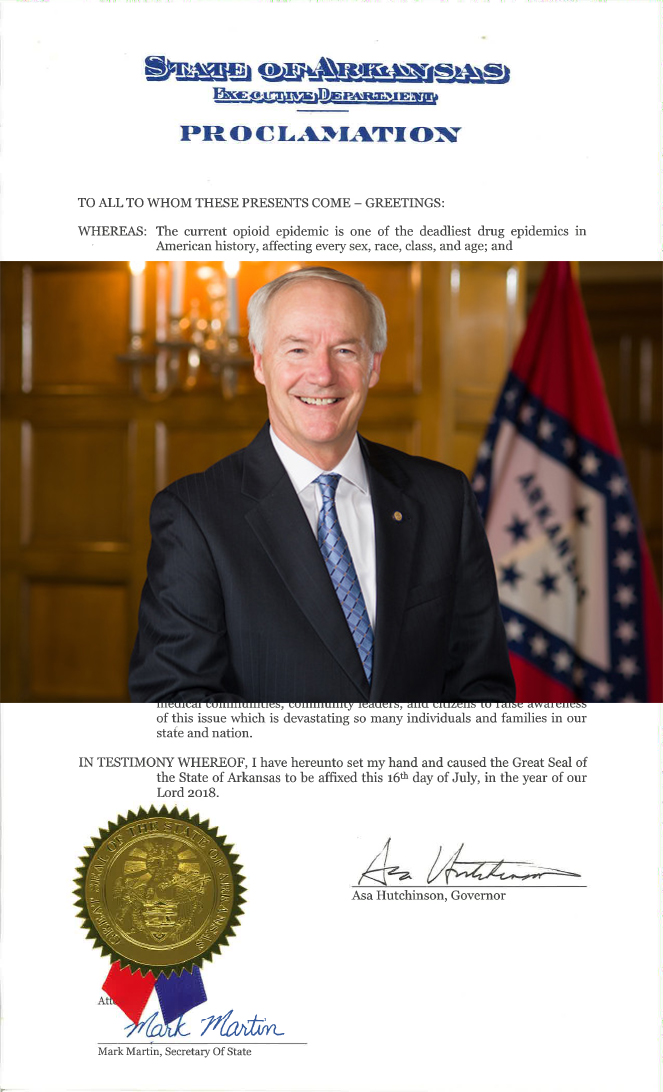 Arkansas Governor Asa Hutchinson issued a Proclamation this morning making today (October 24, 2018) as the “Opioid Awareness Day in Arkansas.” Governor Hutchinson said the opioid epidemic is “One of the deadliest drug epidemics in American history, affecting every sex, race, class, and age” and that 1,893 people have died in Arkansas from a drug overdose since 2013. He also said that Arkansas has the second-highest opioid prescribing rate in the United States.