Arkansans Drop 27,000 Pounds of Medications In The Box On Drug Take Back Day – Arkansas Takeback Skip to content

Arkansans Drop 27,000 Pounds of Medications In The Box On Drug Take Back Day 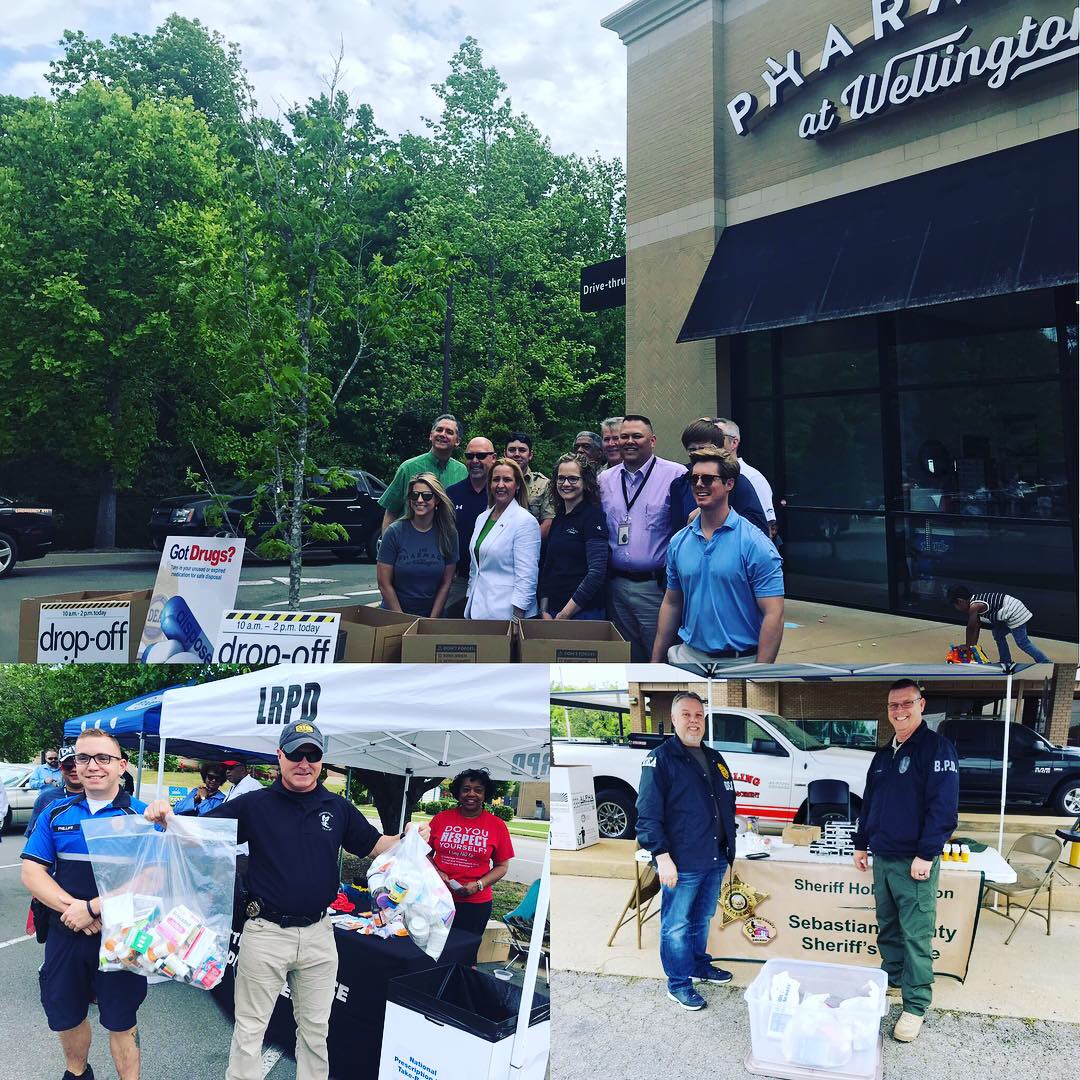 Despite the rain and competing with college football games, Arkansans loyally answered the call to “Drop It In The Box” with nearly 27,000 pounds (13.46 tons) of medications collected from Saturday’s 24th semi-annual Arkansas Drug Take Back Day.

“It’s a blessing that Arkansans are continuing to respond to this program,” said Arkansas Drug Director Boyce Hamlet. “The rain didn’t slow them down and it shows that Arkansans are dedicated to making their homes and communities safer. Their act of dropping off the medications at the 300 plus locations we had across the state on Saturday will in turn save numerous lives and it protects the environment.”

Kirk Lane, Director of Arkansas Opioid Recovery Partnership added, “Hat’s off to all the great partners and participants that make this possible every year. We have achieved another milestone is this invaluable program that helps so many protect their households and communities.”

DEA Assistant Special Agent in Charge, Jarad Harper, said according to the Centers for Disease Control and Prevention, a leading cause of death for Americans 18-45 is drug poisoning. It causes more deaths than COVID-19, gun violence, suicide, or car accidents. 107,622 Americans died from taking drugs last year. ASAC Harper applauds the collective effort by all Arkansans. Harper said by taking these unwanted and unneeded medications out of the homes of Arkansans, countless lives are being saved in Arkansas and beyond.

Since the first Arkansas Drug Take Back Day on September 25, 2010, Arkansas has collected a total of 522,201 pounds (261.10 tons) of medications. All the medications collected have been transported by the Arkansas National Guard to a commercial facility where they are destroyed in an environmentally safe method.

The top 10 collection sites from the Arkansas Drug Take Back Day were:

Prescription medicines are toxic waste and pose a danger to people, pets, and the environment. Dispose of expired & unneeded medications in an environmentally save method by taking them to any of the 270 permanent drop box locations in Arkansas. To find a location, visit www.artakeback.org, click on the Collection Sites tab and enter a zip code.

As part of the “Monitor, Secure, and Dispose” effort, the coalition organized Arkansas’s participation in the U.S. Drug Enforcement Administration’s National Prescription Take-Back Initiative and take back events took place on September 25, 2010; April 30, 2011; October 29, 2011; April 28, 2012; September 29, 2012; April 27, 2013; October 26, 2013; April 26, 2014; and September 27, 2014.   DEA announced the discontinuation of the national initiative in September 2014, but an Arkansas take back event under the leadership of partners within the state was held on April 25, 2015. The DEA then reinstated the program nationally on September 26, 2015 and has participated semi-annually since 2016 with Drug Take Back Day events held bi-annually in April and October.

Provisional data from CDC’s National Center for Health Statistics indicate an estimated 93,331 drug overdose deaths in the United States during 2020, an increase of 29.4% from the 72,151 deaths predicted in 2019. In Arkansas, 618 people died from a drug overdose death in 2021.