28,000+ Pounds of Medications Collected On Arkansas Drug Take Back Day 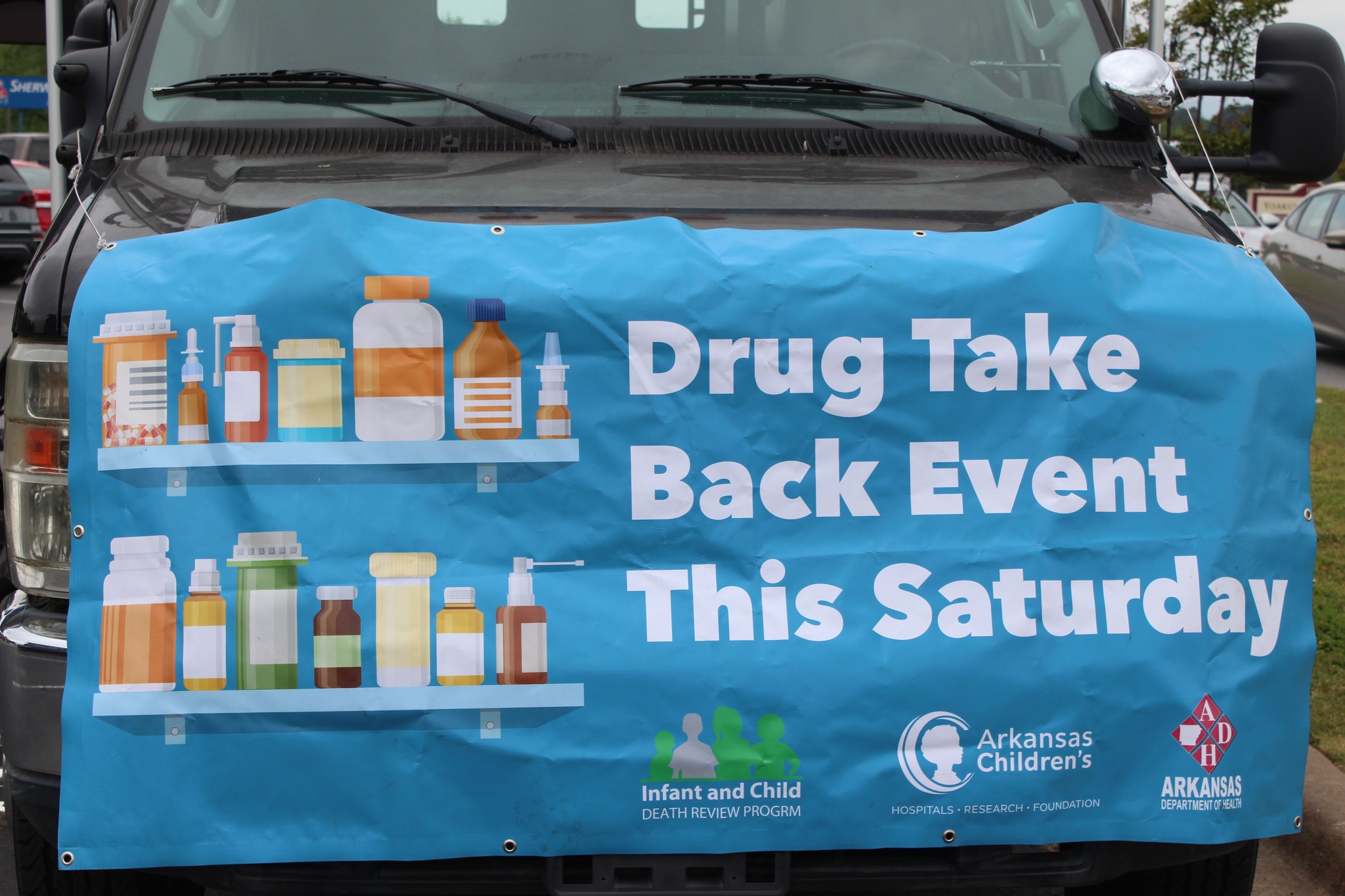 Arkansans are once again proving commitment to the mission of the Drug Take Back program and saving lives. In four hours, 126 Arkansas law enforcement agencies collected 28,480 pounds (12.92 tons) of medications during the 23rd Arkansas Drug Take Back Day. [Statistics from the national DEA sponsored Drug Take Back Day on April 30, 2022, are not completed.]

Since the start of the program in 2010, agencies have collected more than 246 tons of medications. All medications are transported via the Arkansas National Guard and DEA to a commercial facility for incineration in an environmentally safe method.

“We are grateful for everyone who participated across the state for another successful event that will save countless lives,” said Arkansas Drug Director Kirk Lane. “The continuous success is due to dedicated Arkansans and our partnerships. Please don’t forget that if you missed this event, we have permanent drop boxes throughout Arkansas were the expired and unneeded medications can be properly disposed.”

There are 268 permanent Drug Take Back drop boxes (some available 24/7) in Arkansas. View locations at www.artakeback.org or find locations specific to an area by clicking the Collection Sites tab, typing in a zip code or city name and then clicking the Filter tab.

“I am very proud of all Arkansans, who continue to help DEA save lives in ridding these unwanted and unneeded prescriptions from their cabinets at home,” said Jarad Harper, DEA Assistant Special Agent in Charge. “I am also very proud of our state, local and federal partners, who steadfastly continue to coordinate and collaborate in making the DEA National Prescription Drug Take Back Day a huge success here in Arkansas!”

The top 10 collections by law enforcement agencies on Arkansas Drug Take Back Day were:

As part of the “Monitor, Secure, and Dispose” effort, the coalition organized Arkansas’s participation in the U.S. Drug Enforcement Administration’s National Prescription Take-Back Initiative and take back events took place on September 25, 2010; April 30, 2011; October 29, 2011; April 28, 2012; September 29, 2012; April 27, 2013; October 26, 2013; April 26, 2014; and September 27, 2014.   DEA announced the discontinuation of the national initiative in September 2014, but an Arkansas take back event under the leadership of partners within the state was held on April 25, 2015. The DEA then reinstated the program nationally on September 26, 2015, and has participated semi-annually since 2016 with Drug Take Back Day events held bi-annually in April and October.