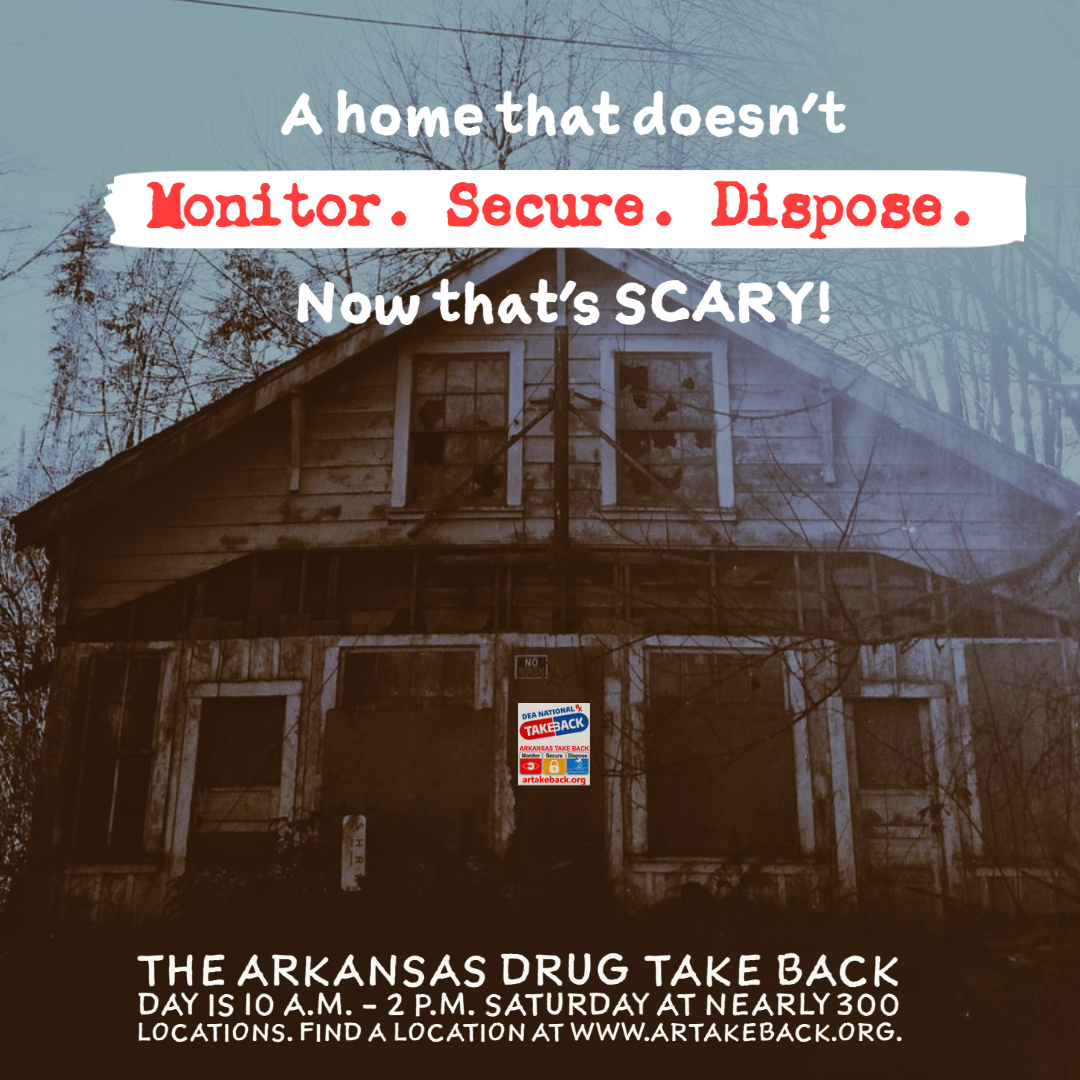 More than 12 tons of medications were collected at the 22nd semi-annual Arkansas Drug Take Back Day, nearly doubling the amount collected in Alabama, Louisiana, and Mississippi combined. In all take back day events since 2010, more than 233 tons of medications have been collected and destroyed in an environmentally safe method.

Prescription medicines are toxic waste and pose a danger to people, pets, and the environment. Dispose of expired & unneeded medications in an environmentally save method by taking them to any of the 270 permanent drop box locations in Arkansas. To find a location, visit artakeback.org, click on the Collection Sites tab and enter a zip code.

The top 10 collection sites from the Arkansas Drug Take Back Day were:

As part of the “Monitor, Secure, and Dispose” effort, the coalition organized Arkansas’s participation in the U.S. Drug Enforcement Administration’s National Prescription Take-Back Initiative and take back events took place on September 25, 2010; April 30, 2011; October 29, 2011; April 28, 2012; September 29, 2012; April 27, 2013; October 26, 2013; April 26, 2014; and September 27, 2014.   DEA announced the discontinuation of the national initiative in September 2014, but an Arkansas take back event under the leadership of partners within the state was held on April 25, 2015. The DEA then reinstated the program nationally on September 26, 2015, and has participated semi-annually since 2016 with Drug Take Back Day events held bi-annually in April and October.

Provisional data from CDC’s National Center for Health Statistics indicate an estimated 93,331 drug overdose deaths in the United States during 2020, an increase of 29.4% from the 72,151 deaths predicted in 2019. In Arkansas, 547 people died from a drug overdose death in 2020.